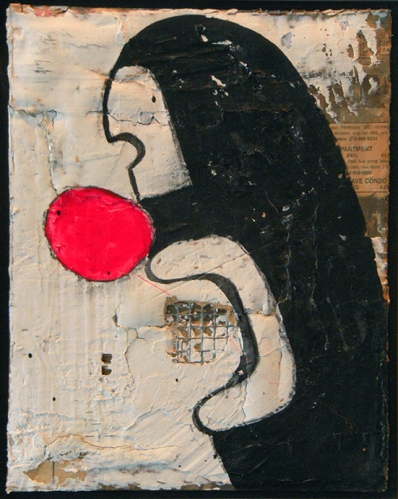 William Dutterer’s career defies conventional categorizations.  He began his work at a time where Pop was dying and minimal and conceptual work were taking hold.  The AbEx painters were usurped and the figurative painters, save a few exceptions, were seen as old fashioned.  Dutterer seems not to have cared for what was in fashion and forged ahead creating figurative imagery.  The work is infused with wonderment, not always but sometimes just a bit of humor, though never a sarcastic or ironic humor.  Honest fiction and fantastic representation pervade throughout.

Caitlin Tucker-Melvin, a MICA Curatorial Practice MFA student met Jamie Johnson-Dutterer at a presentation about Dutterer’s life and work.  She began a 2 year project that culminated with the exhibition Humanoid Boogy: The Work of William S. Dutterer, now on view in Baltimore until May 22, 2014.

As a personal note, I am very lucky to have had the chance in 2010 to curate a show called Structured at the not-for-profit space Spattered Columns, affiliated with Art Connects New York.  This space, once William Dutterer’s studio, was run by Jamie Johnson-Dutterer to carry on his legacy.  The archive of Bill’s work, (Jamie referred to him as Bill long before I had seen much of his work) lived here, in a Soho Loft occupied by the couple since the 70’s.  The more time I spent with Jamie, the more I saw of Bill’s work.  In that 2010 show, I was fortunate to have the chance to show a small drawing of Dutterer’s of a train barreling through the night.  I hope to review the show in Baltimore before it closes but for now I offer this preview, Caitlin Tucker-Melvin’s Curatorial Statement and some images courtesy of the artist’s estate.

Humanoid Boogy: The Works of William S. Dutterer, presents the artist as a whole. The exhibition provides insight into Dutterer’s (1943-2007) practice through exploration of formal elements, narrative content, and his influences. Dutterer had an incredible drive to create, and left behind an estate of over 3,000 paintings, drawings, prints, altered books, and relief sculptures. Here, the artist’s oeuvre is represented from his earliest sketches made at the Maryland Institute College of Art (MICA) in the late 1960s, to the last paintings created before his death in 2007. Humanoid Boogy is designed as a non-traditional career retrospective that provides a holistic view of the artist. It introduces the viewer to Dutterer and his artwork through an immersive, intuitive journey that uses biographical and formal elements to make thematic connections across the scope of Dutterer’s body of work.

Dutterer employed the formal elements of line, color, surface, material, and scale to make sense of the world around him. Carefully considered, and sometimes garish, use of color expresses sound and emotion. Drywall mesh, corrugated cardboard, and layers of choppy paint build surfaces that draw the viewer closer. Fluid, yet controlled line weaves through all the works, tying them together with his signature marks. He populated his work with ghostly trains, slinking alligators, fantastical underwater creatures, masks, and bound heads—all characters in his larger meditation on the human condition in the 20th century.

In 1965, Dutterer received his Bachelor of Fine Arts degree from MICA. In 1967, he graduated with his Master of Fine Arts from the inaugural class of the Leroy E. Hoffberger School of Painting, where he studied with the famous Abstract Expressionist painter Grace Hartigan. He went on to teach for twenty years at the Corcoran College of Art in Washington, D.C. while living in New York City. Humanoid Boogy brings Dutterer’s full-fledged work back to Baltimore, the city that helped him develop as an artist.

Humanoid Boogy is not simply an exhibition of paintings and drawings. It is an opportunity to get to know the artist through his wit, intellect, and dark humor. It is also a space to gain a deeper understanding and appreciation of painting through one artist’s work. Dutterer dedicated his life to the practice of making art, and contributed to his field with his passion, perseverance, and ability.

This exhibition is presented by the Institute of Contemporary Art Baltimore in collaboration with the Estate of William S. Dutterer. It is curated by Caitlin Tucker-Melvin for her graduate thesis in the Curatorial Practice MFA program at MICA. 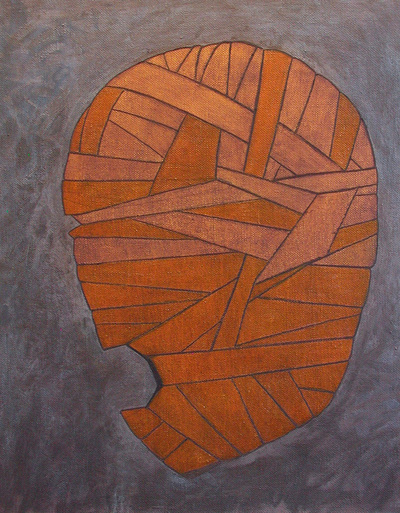