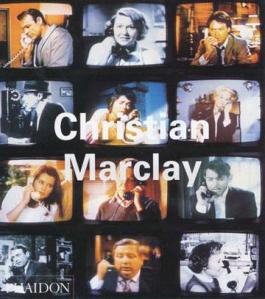 1) In the Phaidon monograph Christian Marclay, the artist uses a pitch perfect tactic to share his thoughts on his work.  Taking 12 years worth of collected interviews and writings about his work, he collages them into one section entitled “Artist’s Writings”.  The cumulative effect allows the artist to exploit the brilliant words of curators and journalists to create a synthesis of his own ideas.  As the artist and subject, Marclay brings his mixtape methodology to something relatively staid; an artist’s statement.

2) This amalgamation of texts also brings to mind recent allegations of plagiarism by the The New York Times’ Carol Vogel.  In most cases it seems like she copied factual text to fill out her writing.  Frankly, her writing was already just a step away from reporting press releases as news items.  She has been shilling for auction houses for awhile now.  Laziness, sloppiness or plagiarism all look the same when you write for the Times and steal directly from Wikipedia.

3) While I make my way through the collaboratively compiled Goldfinch List (Thank you all) I have found winners and losers in the genre.  A surprise winner was Pattern Recognition by William Gibson (Ross Ford’s suggestion).  Though not an “art” book, the plot revolves around the dispersal of short clips of film by an unknown auteur.  To reveal the mystery, a certain amount of old world cloak and dagger takes place along side 21st century hacking.  Gibson, father of cyberpunk fiction, takes as much from Arthur Conan Doyle as he does from his own heavily pillaged playbook.  Still the unquestioned purity and mystery of the film or films activates legions of avocational detectives to search for the truth.

Unlike David Foster Wallace’s “Infinite Jest” (the eponymous film within a book), the draw towards “The Footage” (in Pattern Recognition) is hopeful.  Wallace’s Infinite Jest aka “The Entertainment” is sought out as a tool to destroy people, even though that was not it’s initial intent.  Gibson’s presents“The Footage” as film fragments that may or may not be part of a larger whole but undeniably from the same director.  He reveals little about their content and much about their style.  Pattern Recognition is a winner, even if you are purely an “art” reader.