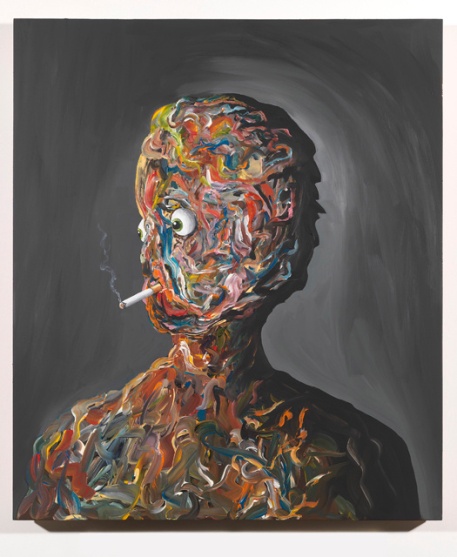 Finding the New Bad is an idea I’ve had kicking around for awhile.  The thing that cemented the idea for me was reading Marcia Tucker’s brisk and rewarding autobiography A Short Life of Trouble.  In 1978, while her The New Museum was still an infant, she curated a show called Bad Painting.  Tucker’s Bad Painting is a precursor to many New Museum exhibitions that challenged the critics and cemented the institution’s place as a (excuse the profane borrowed Canadian term) shit-disturber.

I now realize that The New Museum, in its late 30’s is an institution that fights to stay relevant and experimental while simultaneously selling out.  Tucker made Bad Painting to thumb her substantial nose at the critics and players while supporting artists that worked against the trend.  When reading her “Short Life”, my art book club often felt admiration and envy.  Sure she fought and was broke and shared cold water flats, but she palled around with artists and was Guerrilla Girl.  She toyed with the establishment and when she realized she was dying of leukemia she took up stand up comedy.   What have you done lately?

I would love a New Bad and would love Marcia’s take.  I will limit it to painters to start, but Bad Sculptors are next! Who would qualify? Who paints pictures we can recognize quickly and decipher slowly.  Who paints great thrift store art or terrible academic painting?  Or as Tucker said so eloquently: “The freedom with which these artists mix classical and popular art-historical sources, kitsch and traditional images, archetypal and personal fantasies, constitutes a rejection of the concept of progress per se. . . . It would seem that, without a specific idea of progress toward a goal, the traditional means of valuing and validating works of art are useless. Bypassing the idea of progress implies an extraordinary freedom to do and to be whatever you want. In part, this is one of the most appealing aspects of “bad” painting – that the ideas of good and bad are flexible and subject to both the immediate and the larger context in which the work is seen.” (Tucker, Marcia. “Bad” Painting. New York: New Museum, 1978.)

We could do a tour of shows on now for a start.  William Copley, or C-PLY, could be the Professor Emeritus with his show at Paul Kasmin right now.  In Chelsea we could draft Mamma Anderson and Sam Friedman.  In Midtown you could head to Hauser and Wirth for Djordje Okbort.  Peter Saul hasn’t gone anywhere and last year he showed his work in Far Out! at Marlborough Chelsea with his former student Erik Parker (also Kasmin) and Parkers former assistant Jamian Juliano Villani; a multigenerational Bad showcase.  Then of course there’s the less well known bad artists.  Leidy Churchman may be my favorite of the young Bad Painters.

Still I would like to build a list of the New Bad, so please share your ideas of current Bad Painters.  Maybe we can do Marcia proud.