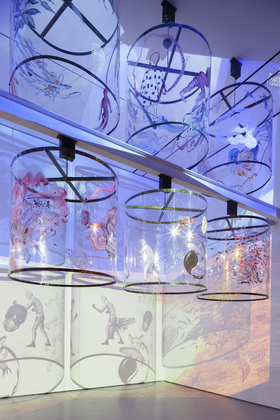 I took a music history class my last year of college.  It wasn’t part of my thesis.  I took it because A) one of my favorite professors was co-teaching it and B) I loved music.  Especially really out there music.  I didn’t know what to listen to.  The syllabus was a godsend.  It contained more music than readings.  Visual scores, virtuoso improvisation, turntablism, ambient and defiant noise rock.  The class eventually became a book of readings and an extensive discography.  It is from this time and this class that so much of the great music I have is from.

We carry soundtracks with us everywhere.  My soundtrack, iPhone with iTunes Match, happens to have as much pop as it does of the out there music.  I find myself listening to the glitchy lull of Oval’s Systemisch after hearing TV on the Radio or something decidedly uncool like They Might Be Giants.  Brian Eno’s Discreet Music has been a constant companion but jarring when shuffled into a mix.  I love the weirdness that happen when you shuffle unlike things together, like friends from different eras of your life meeting at a party.

Scenes for a New Heritage: Contemporary Art from the Collection elicits these incongruous soundtrack moments.  It’s a year long show at MoMA which makes it nearly permanent by New York museum standards.  I believe that this contemporary collection show embraces sound in ways that the Soundings show of 2013 failed to.  Though not expressly about sound, there is plenty here that includes installation with sound and video.  Feng Mengbo, Nalini Malani, Camille Henrot and Rivane Neuenschwander all have iconic work here.  Song Dong, Sharon Hayes, On Kawara and Hito Steyerl all have work about or dependent on sound.  And don’t worry, MoMA has given you all plenty of time to visit and see the thing bit by bit.

Nalini Malani’s Gamepieces 2003/2009 is not the type of piece I usually get excited by, but is exemplary of sound and projection ability to transform space.  Nothing here is revolutionary.  Clear cylinders with paintings on them act as zoetropes while projections pour images through them.  The projections are heavenly blue skies and white clouds on top and red and orange hellish mushroom clouds on bottom.  Music, an old recording of tabla, sitar and a woman’s voice singing repeats without pause.  I rarely expect much when I see projection, music, kinetic sculpture all bundled as one.  Often I dismiss it as a gimmick without allowing myself to engage.

After multiple viewings, I am sure that the space, the sound and the light matter more to me that the specific content.  Gamepieces 2003/2009 provides room for meditation.  It shifts, but just enough to make the crackly recording, the cycle of images and the bright projection a mandala.  Brian Eno’s Discreet Music, by design, has this same effect on me.  My mind can drift in and out of the music and image.  The place where I am, museum or a train, becomes that place where I hear the sound of the thing I am looking at. 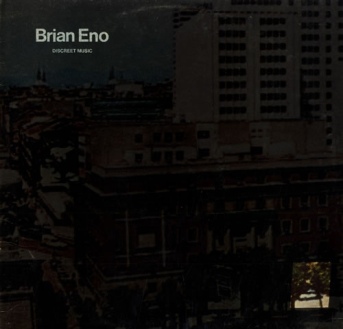