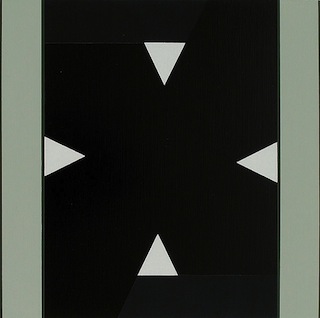 I spend a lot of time looking for the new.  I spend plenty of time thinking about what would be new to show or write about.  New ideas, new materials, shiny bright and new.  This may be obvious, but the fact is that the new is rarely that.  We retread the well worn ruts and when someone breaks off by stenciling a wall or using their body as a carving board we applaud, line up and congratulate before those of us in the art dealing business go back to selling work made by broke artists before they were rich artists that someone championed and fought for until recognition (deserved or not) came their way.

The current art market is a reward based system though often the losers are the champions.  The middle tier gallery that plays cheerleader and den mother to artists who plug away at their practice.  These galleries often get left behind when the rolling boulder of success chases the artist into the arms of Gagosian or someone else in his mold.  I do not blame the artists, who wouldn’t want a gallery that can basically guarantee a sold out show and global exposure.  You don’t say no to being in a Woody Allen movie, joining a club with Superheroes in it or to Larry Gagosian.

So the new, the untested and the uninitiated gets monitored by galleries and journalists for signs of greatness.  Scouts for baseball teams try to find five tool players (or did before Bill James and Brad Pitt were famous for Moneyball) and galleries do the same.  Young, Unique, hard-working, pretty and bankable.  The champions aren’t necessarily just the curators and dealers, but all of the various people who get work shown and considered.

The point of this rant is to say that I believe we should be positive about the state of the art market.  The auctions are fodder for the papers.  The art fairs are choc a bloc, but offers a new way for gallerists to fuel their fires for a whole year of hometown exhibitions.  Artists can show work in galleries, online and in venues that were never intended to show art but are commandeered for the cause.

In the last week I have seen MFA and BFA work, been to the opening and of a new gallery and a benefit with an art auction.  I tried to see the Rain Room at MoMA but the line was so long that after an hour and a half (the was the shorter Members line) I left.  There is no shortage of art to see, no shortage of places to see it.  If it’s new, it is also probably for sale.  My aim here, to be clear, is to be say that the art market is just that, a market.  And I think it still works.

For some actual art news you may have missed:

Maika Pollack on Jack Goldstein at the Jewish Museum reviewed